Notes: Night of Sept. 19 is included at the Mercure hotel (shared basis)

The Chingual-Cosanga-Pallatanga-Puna fault system is a major tectonic feature of the northern Andes, which accommodates the relative displacement (8 mm/a) between the North Andean Sliver and the South America Plate (Alvarado et al., 2016). The fault system imprints are strikingly similar to those of other major continental fault zones in the world. It includes a series of parallel or branching active fault strands, which historical activity is suggested by major and damaging earthquakes since at least the 17th century (Yepes et al., 2016).

During this 4-days field trip, we plan to present, among other short stops, the most prominent geomorphological and geological evidences of fault activity along this system, including surface ruptures associated with moderate and large magnitude earthquakes. We will have a look at Quito fault zone (Alvarado et al., 2014), then drive to the south in order to get an overview of recently studied active faults. We will have a look at the Pallatanga fault in Rumipamba where the first trenches in Ecuador were performed to find back the source of 1797 M7.5+ Riobamba earthquake (Baize et al; 2015) and drive uphill to the Pisayambo Laguna area where a M5 earthquake ruptured the fault system up to the surface (Champenois et al., 2017). We will also make a detour to the Igualata volcano summit (4500m) to observe a surface rupture, which is probably associated with the major Riobamba earthquake (Baize et al., in prep). 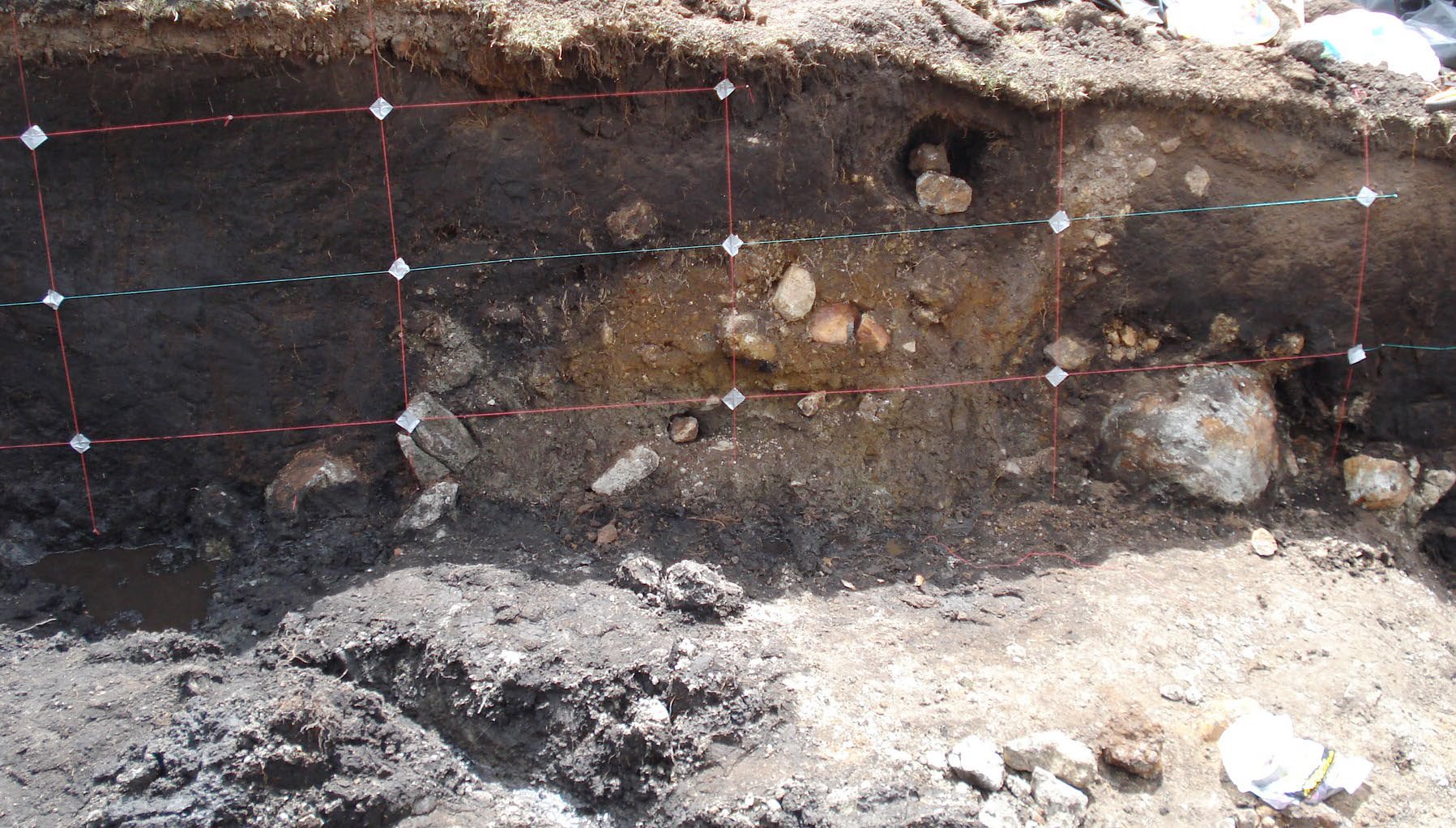 Trench studied at Pallatanga Fault. Photo by A. Alvarado.